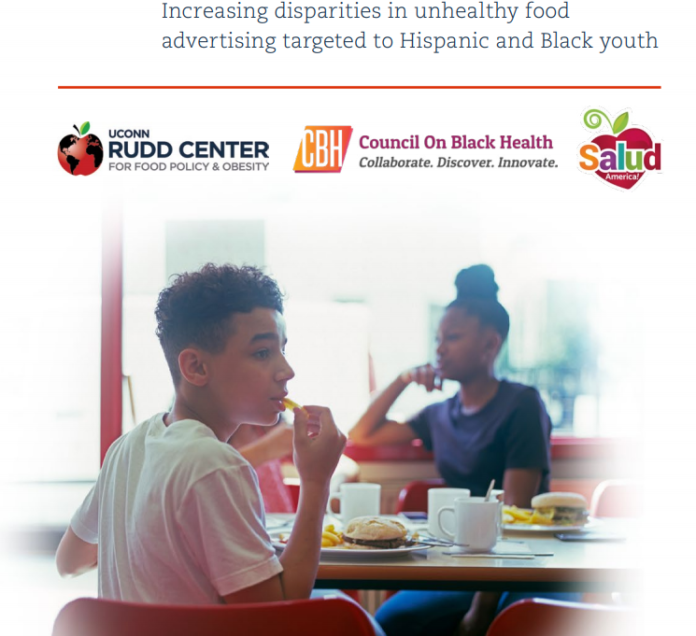 NEW HAVEN, CT–Black and Hispanic children see TV ads for sugary, unhealthful snacks, sodas and fast food far more than for anything else, according to a report issued by the Rudd Center for Food Policy and Obesity at the University of Connecticut, reported New Haven Register.

“This study is an update to one that we did five years ago and what we were looking at was what companies were targeting black and Hispanic youth,” said Jennifer Harris, lead author and director of marketing initiatives at the Rudd Center.

According to the report, sugary drinks and foods, fast food and unhealthful snacks made up 86 percent of the ads on black-targeted TV programs and 82 percent of Spanish-language programs in 2017. Ten percent, or $1.1 billion, was spent on such ads.

The companies researched included Yum! Brands, which owns Pizza Hut and the fast-food chains KFC and Taco Bell, and which spent $12.8 million on TV stations most watched by African American youth. While that was only 4 percent of its ad budget, the study found that black youth were 2.24 times as likely to see Taco Bell ads as whites, according to New Haven Register.

Domino’s Pizza, Burger King, Wendy’s, Arby’s and McDonald’s were all major targeters of African-American youths, with blacks almost 2.5 times more likely than whites to see a commercial for McDonald’s. Stations that tend to attract more young black viewers include BET and VH1, Harris was quoted as saying by Register.

In packaged food and beverages, Hershey’s Jolly Rancher candies, with $1.56 million in spending, advertised to black youths 3.7 times more than to white youths.

McDonald’s is at the top of the list of companies advertising to Hispanic children and teenagers, with 10 percent of its TV ad budget, $57.78 million, on Spanish-language stations, followed by Subway, which is based in Milford, Wendy’s and Taco Bell.

Coke Classic spent the most on Spanish-language TV stations such as Telemundo, Univision, MTV tr3s and Discovery Familia, with $37.64 million, but General Mills spent 46 percent of its TV ad budget on those stations to promote Cheerios, Cinnamon Toast Crunch and Lucky Charms.

The report was also sponsored by The Council on Black Health at Drexel University and Salud America! at the University of Texas Health Science Center at San Antonio. 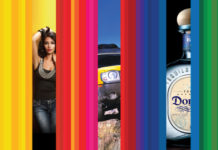